Quality friction saw blades are always made of special steel types which are designed for such tools. Especially steel type 1.2235 Chrome-Vanadium and Nickel steels, annealed and tempered are being used as it guarantees for superior durability at reasonable cost. It is the best choice at present for hot and friction cutting blades.

Drawing B :  Friction tooth shape ST for hot cutting on rolling billets, pipes and structural steel with temperature over 600°C.

Hot and Friction Saw Blades up to 2500 mm diameter are tools of high efficiency made from well proven steel plates with a tensile strenght of 850 bis 950 N/mm2. Friction saw blades are used for cutting of steel tubes and profiles by low working temperature, it means by material temperature up to 250° C. They are made from chrom-vanadium steel marked (DIN 1.2235) and they are heat-treated to reach the optimum ratio of tenacity and hardness, which is suitable for cutting of material with high circumferential cutting speed. The cutting principal consists in melting of material in cut place caused by special kind of teeth.

The friction heat in the cutting gap ae produces temperatures which bring the material in a soft, almost plastic condition. In order to clear debris from the tooth gullet a copiuos or heavy flow of coolant (preferably under high pressure) is essential for efficient cutting . The required cutting speed is Vc=100-140 m/sec.

Depending on the material to be cut the feed reached is Vf=80-2000 mm/min. The tooth geometry and tooth pitch are determined by the section and quality (analysis) of the material to be cut and the sawing machine. Heat treatment of the saw blades of 1200-1250 N/mm² (up to 1000 mm diameter) or hardening of the teeth up to Rockwell C 58 (up to 2500 diameter) gives an increase in both blade life and in number of cuts between resharpening.

This material yields the best compromise between fatigue resistance, crack resistance and cost. Steel type 1.2604 Thungsten Molybdenum is also being used for certain applications where higher fatigue resistance and increased machine time are crucial. However, due to the high cost 1.2604 Thungsten Molybdenum will be considered only if the other types of steel do not show the required performance. The saw blades are hardened in specialized heat treatment (hardening) centres for saw blades and alike products according to the latest technical possibilities.

Quality friction saw blades are through hardened for improved durability and for better servicing as no service is needed except resharpening. Further, only through hardened blades allow for superior flatness, radial and lateral runout, and proper tensioning. The recommended hardness is in the range between 42 – 46 HRc, but can vary depending on the application and the user’s preference. The teeth are milled into the full body blade to ensure highest precision that is similar or even exceeding the quality of ground teeth. The shape of the teeth is such as to support clearing of debris from the tooth gullet. In most cases the Blades are ground hollow on both sides to prevent jamming of the blade during use and to reduce the formation of cracks. Parallel ground friction saw blades, however, often show just as good performance and are more cost efficient. The production of friction saw blades requires strict quality controls as high cutting speeds and extreme stress do not allow for deviations from the production tolerances in order to avoid possibly disastrous consequences.

To achieve the necessary stability during cutting, the recommended diameter/thickness ratio is in the range of 0,6 – 1,0 % of the diameter; i.e. a 500 mm blade should have a thickness of appr. 3 - 5 mm. It should be noted that the thickness of the blade in combination with the thickness of the material to be cut determine the required power of the sawing machines. If the machine is too weak for the application or for the friction saw blade used, then the effect on the cutting characteristics will be negative. The cutting characteristics are also influenced by the tooth-shape and pitch. Although other tooth shapes are being used, the most commonly used tooth is the "parrot beak" shape, which has become an industry standard. The rake angle should always be negative to a) keep tooth loads low in order to minimize heat transfer into the blade teeth, and b) to support clearing of debris/chips from the tooth gullet.

Consequently, if the angle is 0° or even positive, space for chips in the tooth gullet becomes restricted and feed forces might become too high so that cracking can occur, usually originating from the gullets and roughly continuing towards the centre of the blade. A symmetric triangle tooth shape (30°/30°) is also often being used. This tooth shape has a great negative cutting angle and gives the advantage that the blade can be run in both directions. It is difficult to provide recommendations regarding the tooth-pitch for specific applications. Generally, 280 – 350 teeth for blades in the dimension from 400 ∅mm to 800 ∅mm work well for most applications, this is equivalent to a tooth-pitch of 5 - 7 mm. The pitch and hence the number of teeth for a given diameter is normally determined by the number of teeth required to be active, i.e. in contact with the material being cut, at any one time. In general, 4 to 8 teeth must be engaged in the cut for small and medium sections and 8 to 12 teeth for large sections. Too few teeth will limit production rates and in some cases can induce unwanted vibration.

On the contrary, too many teeth might restrict space in the gullet with the possible consequences stated above. The height of the teeth is roughly 90% of the tooth-pitch (i.e. a tooth-pitch of 6 mm corresponds to an appr. tooth height of 5.4 mm). Friction saw blades can be used with stationary sawing machines as well as with flying sawing machines. Some of the main applications are the cutting to length of steel tubes with different wall thicknesses and profiles made from construction steel. Friction saws are also used by manufacturers of steel beams, grates, fence wires, and many other applications where the economic and fast separation of materials is necessary. Friction saw blades are not suitable for solid steel bars. The correct use of friction saw blades, as the name implies, is different from most other types of saws. Friction saw blades, as opposed to cold cutting saw blades, run at very high speed. The sawing method of a friction saw blade is hot friction cutting. The friction heat in the cutting area produces temperatures which bring the material in a soft, almost plastic condition. The required cutting speed is Vc = 100-140 m/sec at a blade speed of appr. 3000-4000 rpm, depending on the diameter of the blades (see formulas in appendix). The blade then does not actually cut the material but it is segregating or separating it.

The speed must never fall below 100 m/s , as the saws are not designed to work under such conditions. There is a risk of cracking, breakage and permanent deformation of the tool. Speeds in excess of 140 m/s are also not recommended as it cannot be guaranteed that the saw blades withstand such forces. Another difficult to determine factor is the feed rate. No specific recommendation can be given as the feed rate depends greatly on the sawing machine and the blade design and maintenance as well as the material to be cut. It can be adjusted to optimize the relationship between productivity and blade wear. If it is too small, the teeth engaged in the cut tend to heat excessively and the overly rapid cooling on leaving the cut can cause deformation and cracking. If it is too great, each tooth will have to sustain forces higher than its capabilities (breakage limit), which can cause cracking from the gullets of the teeth and tear them out.

As the friction saw melts the cut by means of friction heat, any cooling before or during cutting should be avoided under all circumstances in order to achieve the required temperatures. A copious or heavy flow of or contact with anykind of coolant, particularly in the contact (cutting) area, will prevent the blade from cutting smoothly, the blade will simple "hang" itself (jamming) into the material and stop. In certain cases, cooling might also encourage formation of cracks. Cooling after the cut with emulsion may increase the life of the blade, but measurements should be taken to prevent the coolant from being dragged back into the cutting area. If the running speed or the torque of the machine is too low, the same problems might occur.

Consequently, the power of the sawing machine is important. Blunting and choking of the gullets increase friction and cutting resistance and consequently the power required. The power therefore has an influence on the service life and cutting performance of the saw blade. It must always be sufficient and constantly checked by measuring equipment, as it increases considerably once the saw becomes blunt and burring of the cut edges increases. Finally, it should be noted that friction saw blades are subjected to great stress during use and therefore the blade and especially the teeth start to wear immediately after being put into operation. Performance will reduce significantly the more the blade is worn, until it eventually fails. Timely resharpening of the teeth is of considerable importance as dull teeth increase the built up of burr and support the likelihood of tooth breakage and the formation of cracks.

It is recommended that blades are changed regularly in accordance with a rigorous maintenance program. Leaving the blade in use for too long is a small saving in relation to the risks of excessive wear and unplanned loss of time that can result. The object of sharpening is to remove steel by grinding in order to eliminate any trace of rounding or wear, so that the teeth have well sharpened angles and the initial shape is restored. It is often necessary to remove a great deal of metal for complete renovation; however, the process must not be forced with grinding discs that are too hard or with excessive force, as there is a risk of overheating and detempering (bluing) the steel.

Dear customer, you have the opportunity to make a preliminary request for this product. In the inquiry basket you can specify your product requirements according to the table, or you can enter any questions for the sales representative. The sales representative will contact you as soon as possible.

The teeth of friction saws with a small flat area on top of the tooth. Designed for cutting thin-walled steel profiles and pipes. The hardness of the teeth is 44 Rockwells and the cutting speed of the machine is 3000 rpm. 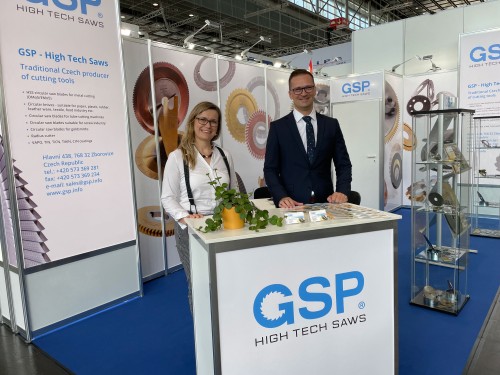 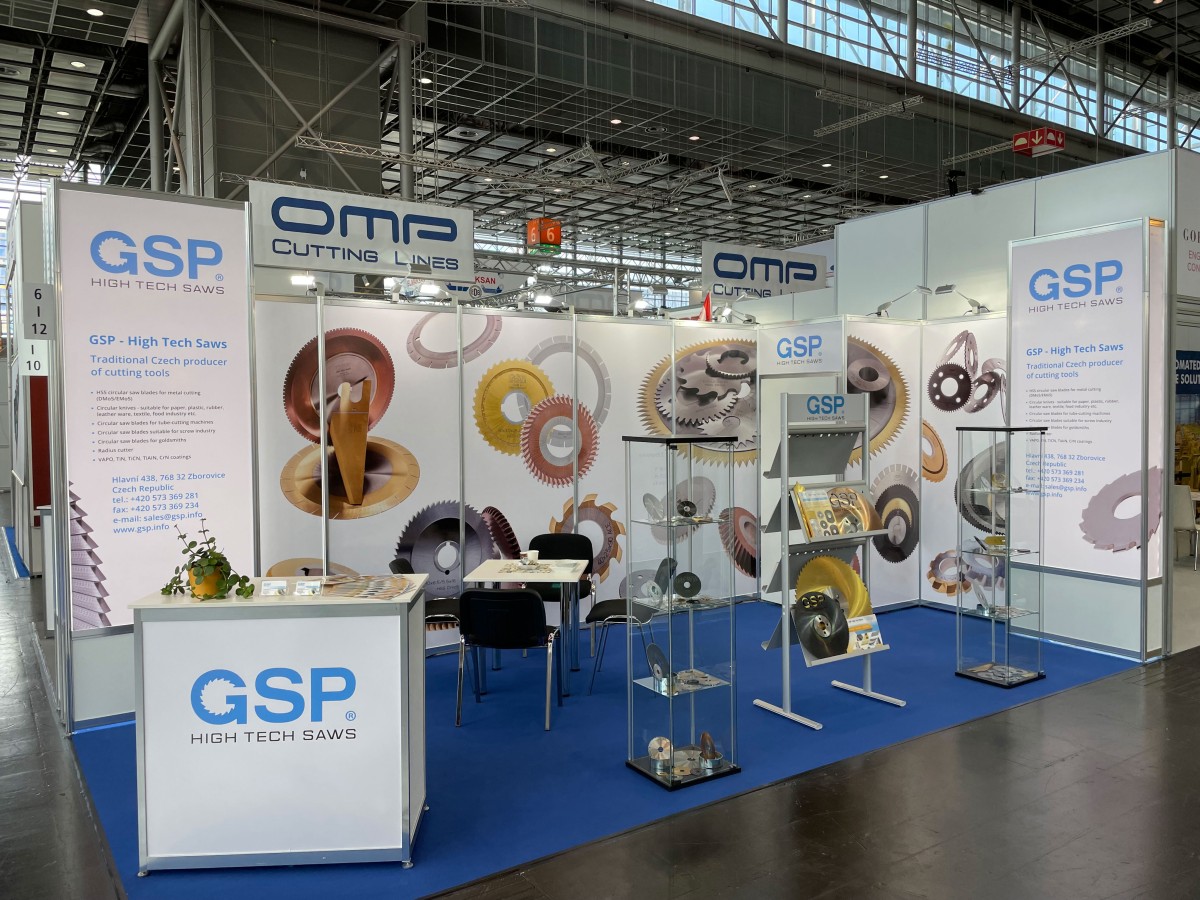 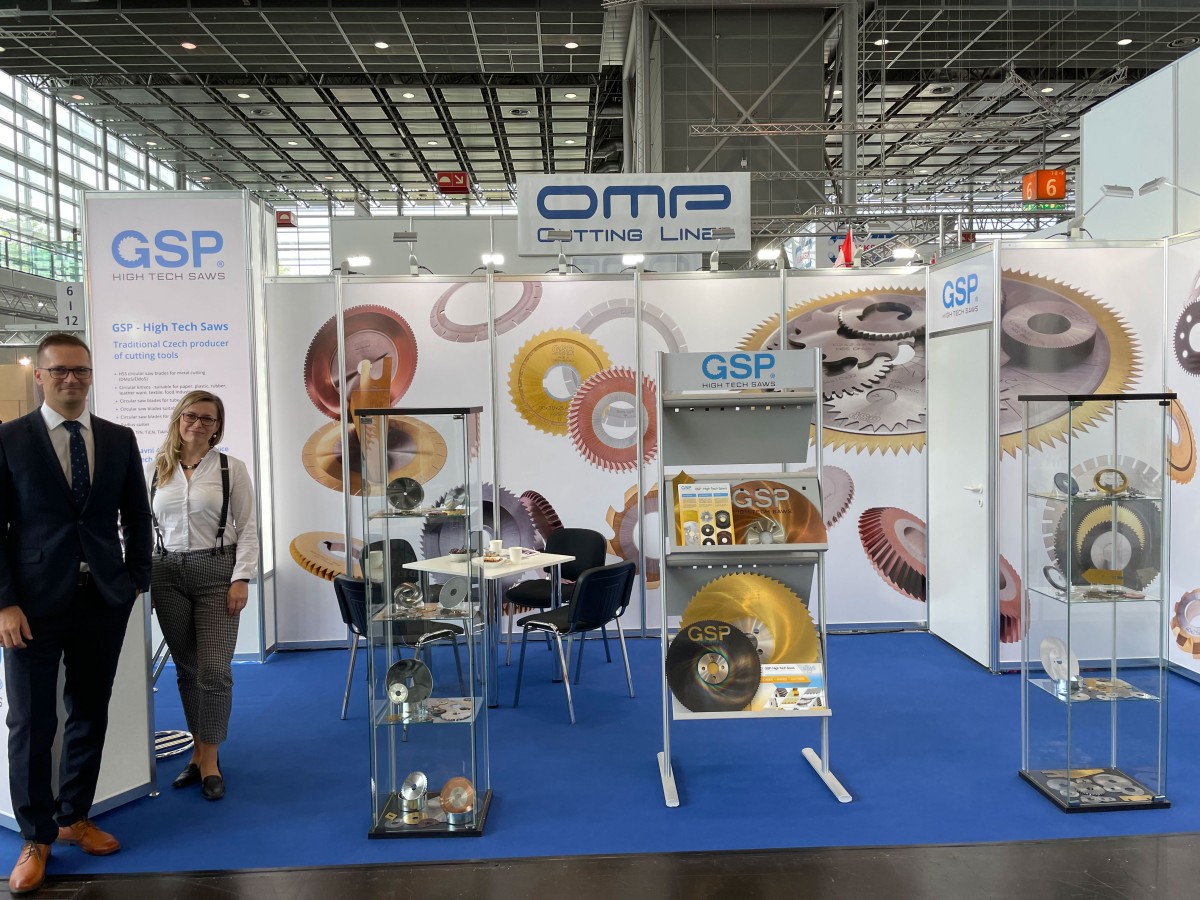 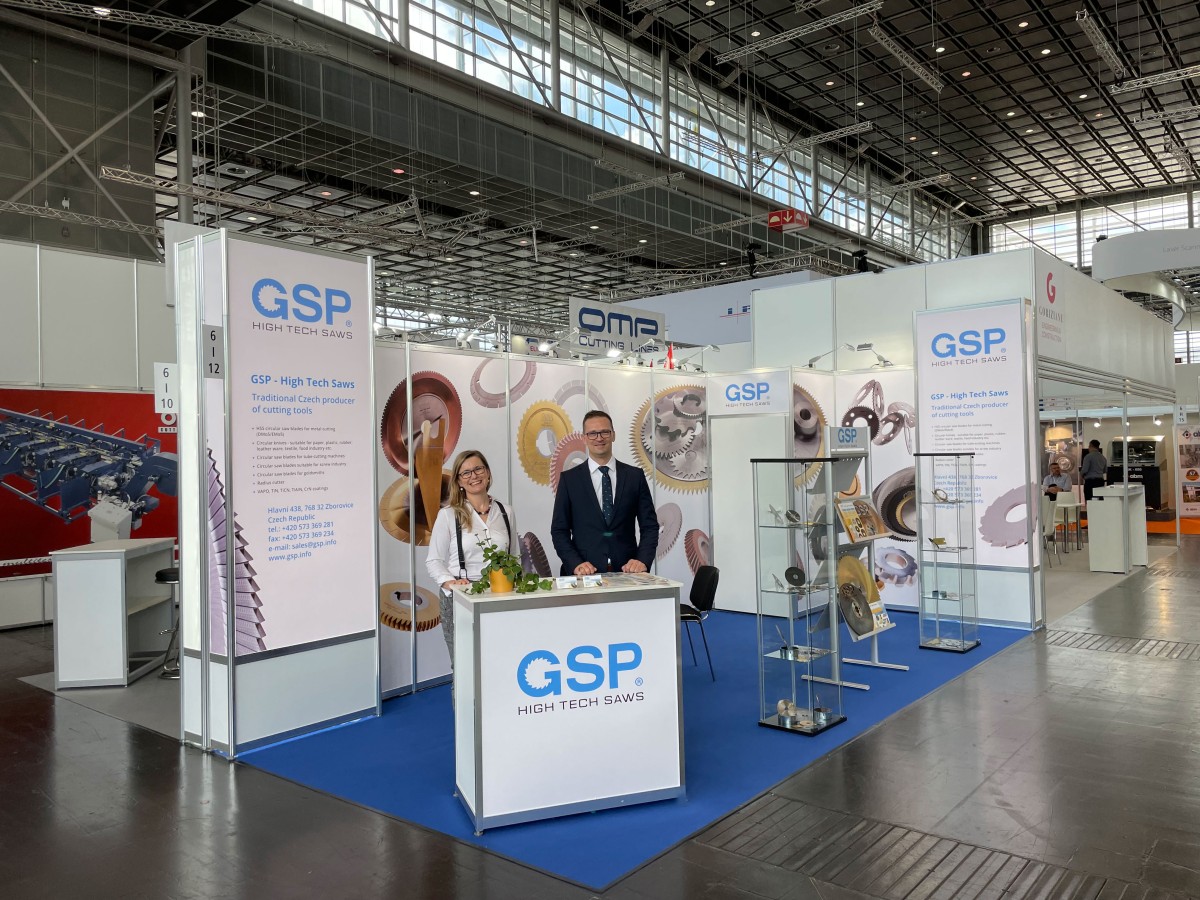 In recent years, we have invested significant resources in new technologies. This increases both the quality and the volume of production.
Read more 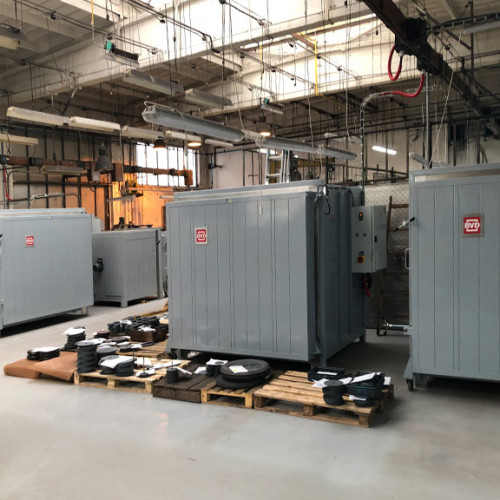 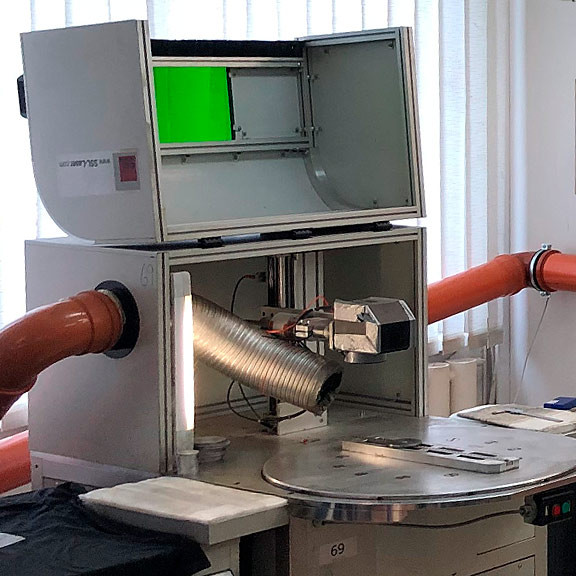 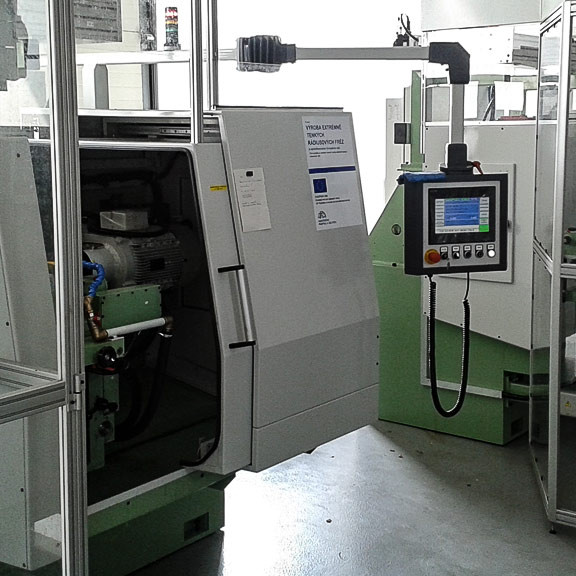 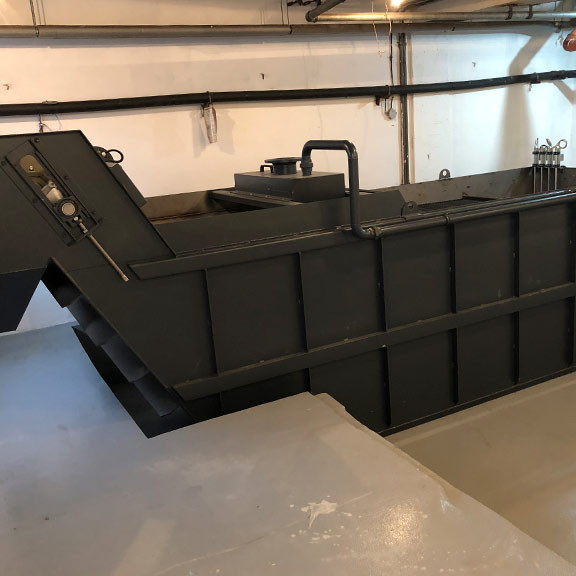 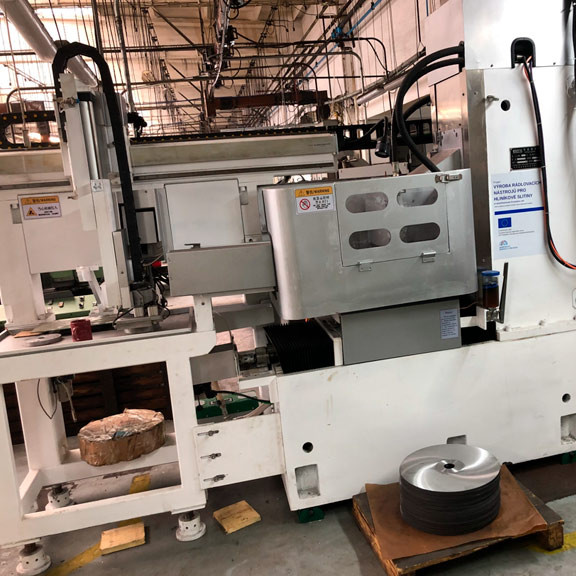 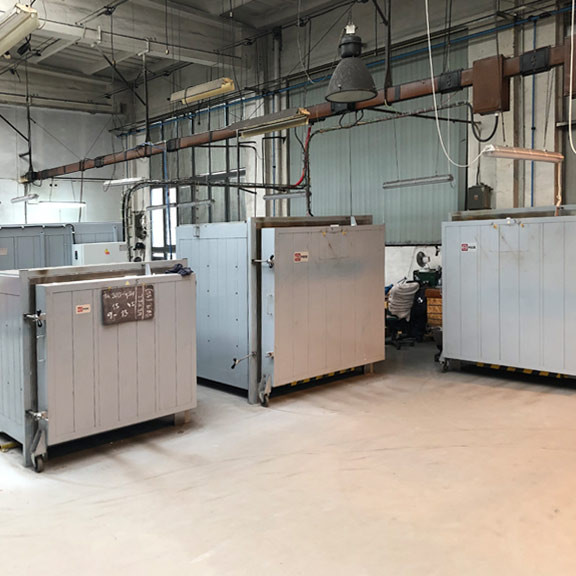 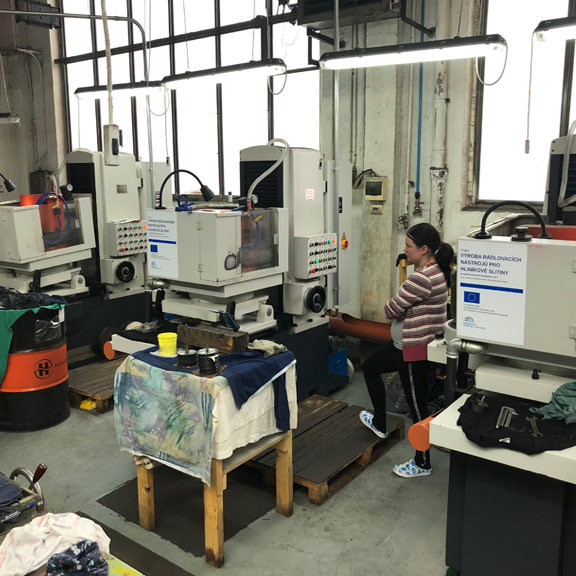 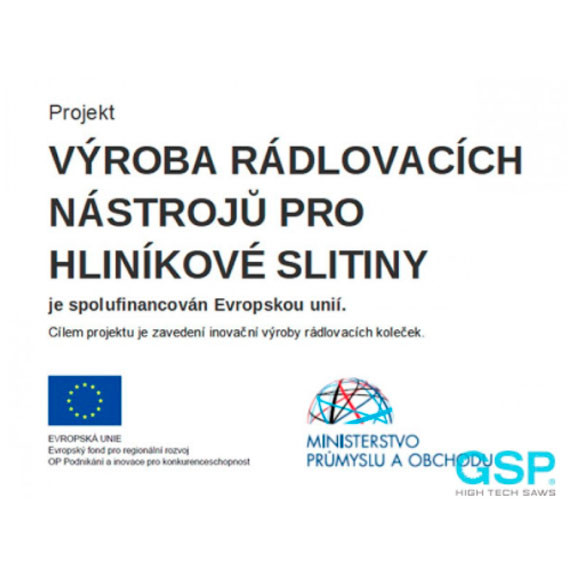 The aim of the project is to introduce innovative production of extremely thin radius milling cutters.
Read more 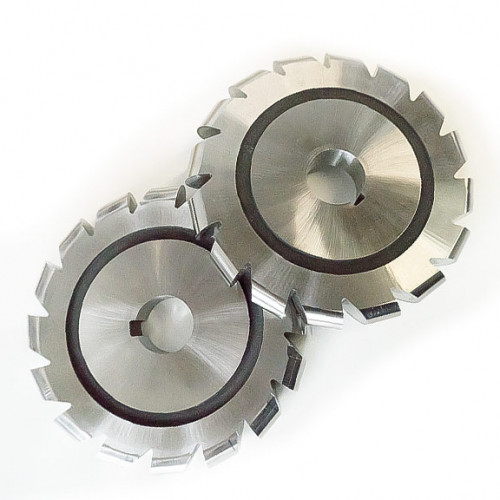 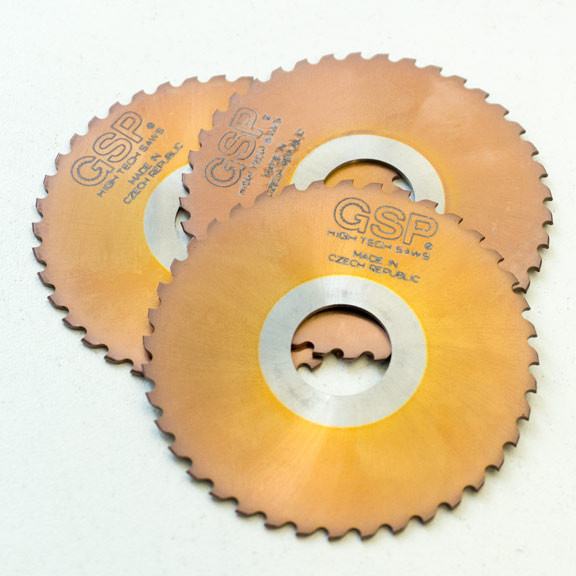 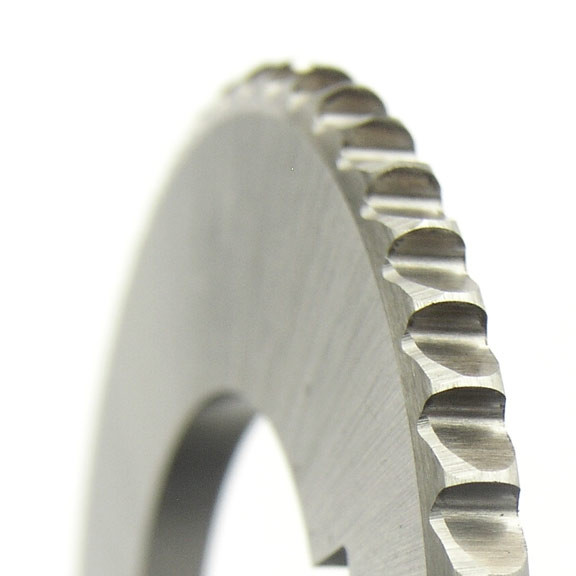 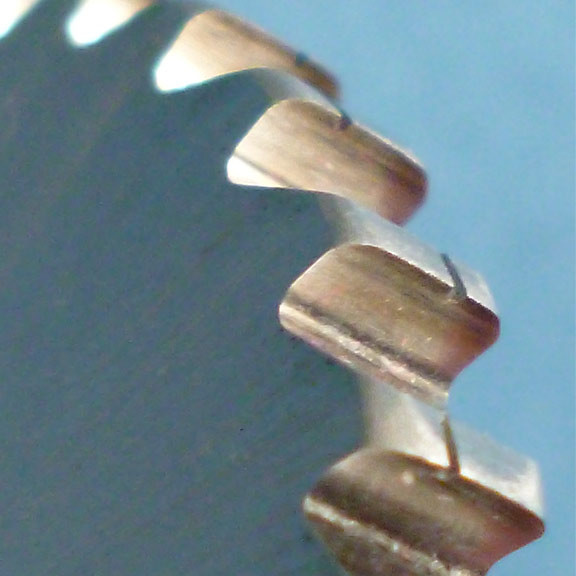 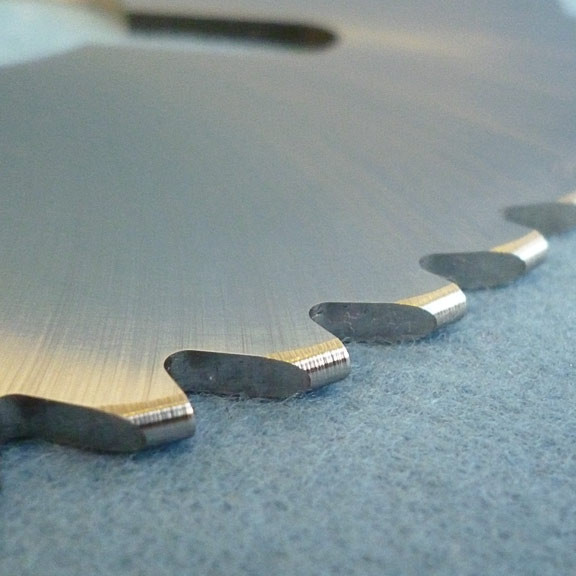 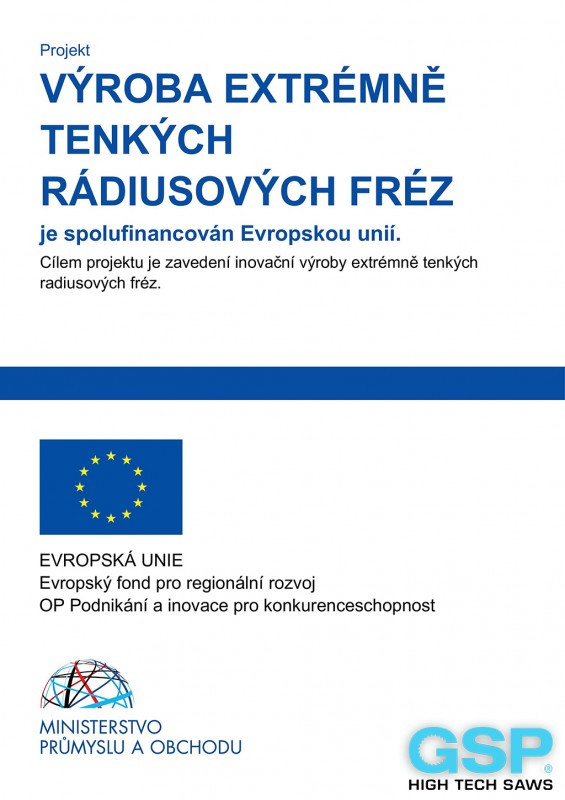 The aim of the project is to build new sharpening capacities for the toothing of saw blades.
Read more 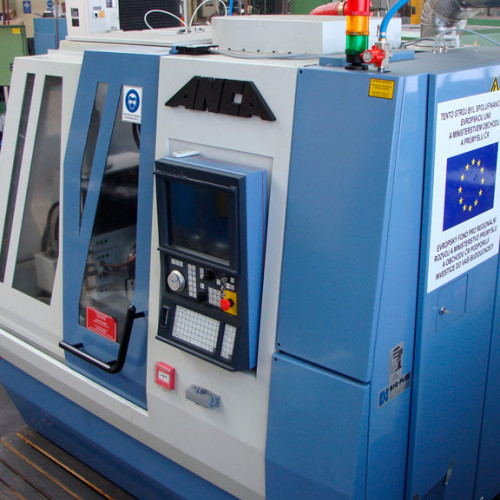 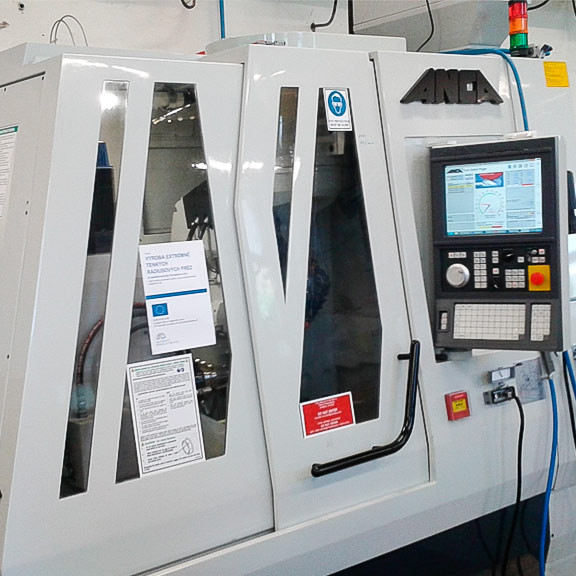 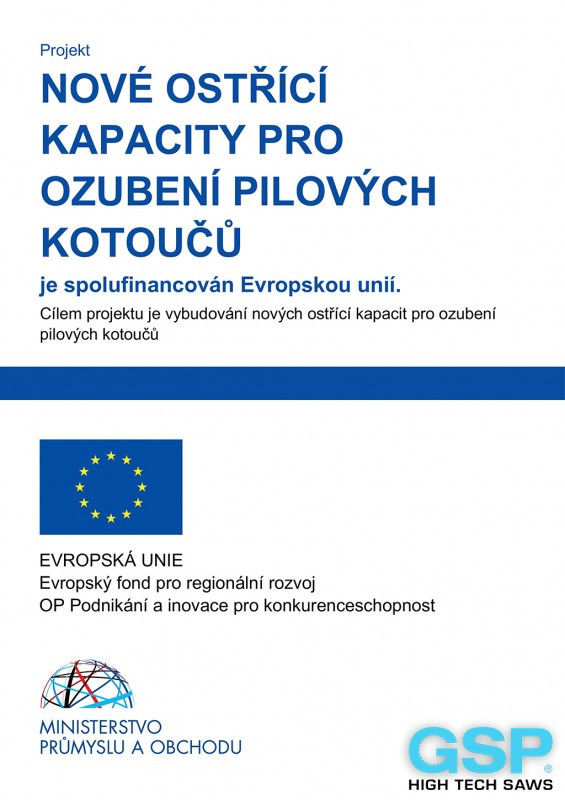 Fairs where to find us 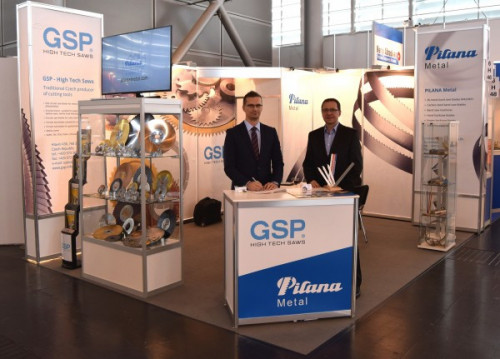 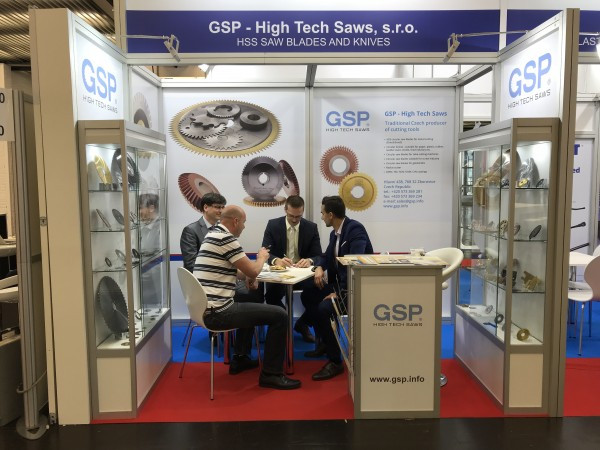 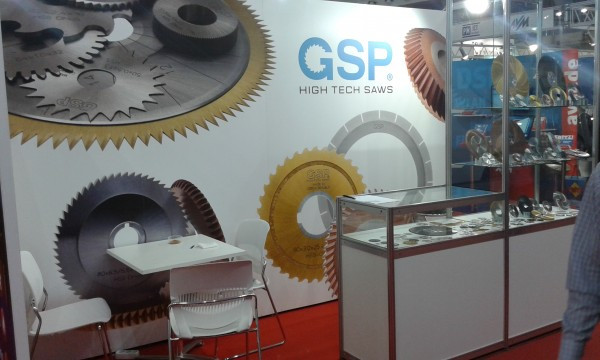 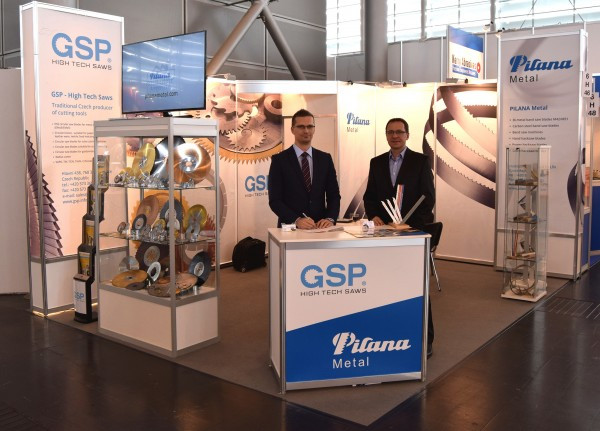 Reklamní studio - Alkohol tester, Kufry, Plastová okna
We use cookies, thanks to which we can provide you with better services. By using our services, you agree to their use. Cookie agreement I understand